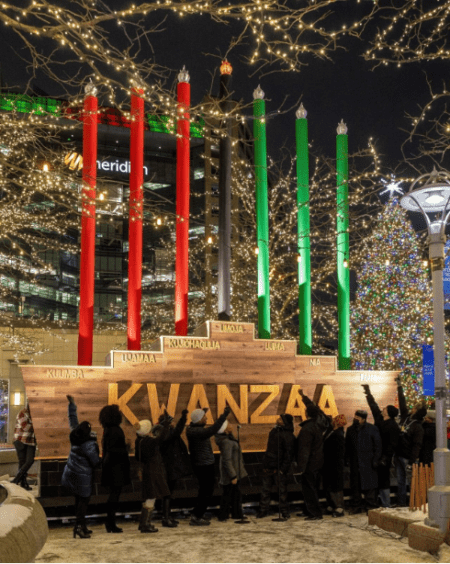 The Downtown Detroit Partnership partnered with the City of Detroit’s Councilman Scott Benson, Alkebu-Lan Village, and the Charles H. Wright Museum of African-American History to debut the largest Kwanzaa Kinara in the world. This kickoff event took place on the first day of Kwanzaa, Dec. 26.

“I have observed Kwanzaa annually for years and am happy to be part of the DDP Parks team to support all of the involved entities to bring this positive beacon to the heart of the city,” said Njia Kai, DDP producer and representative. “Everyone is welcome to embrace Kwanzaa’s principles, which are universal, and celebrate the lighting of the black candle signifying unity on Day One of Kwanzaa”

The Kwanzaa holiday was founded in 1966 by Karenga to honor the rich history of African and African American culture and traditions. It is celebrated annually for seven days Dec. 26-Jan. 1.

It is celebrated by lighting one candle on the kinara daily in recognition of the seven Kwanzaa principles: unity, self-determination, collective work and responsibility, cooperative economics, purpose, creativity and faith.

Following the celebration, attendees gathered at Campus Martius Park to light the first candle on the 35-foot-tall kinara. The candelabra was displayed for the entire seven-days, and built by an incredible team of Detroit craftsmen.

“We are proud to expand our Winter placemaking initiatives and to elevate wonderful partnerships and cultural events for all, like the inaugural Motor City Kwanzaa Celebration and Kinara Lighting,” said David Cowan, DDP’s chief public spaces officer. “Having events year-round that reflect our community builds upon our mission to create a clean, safe and welcoming Downtown for all to enjoy.” 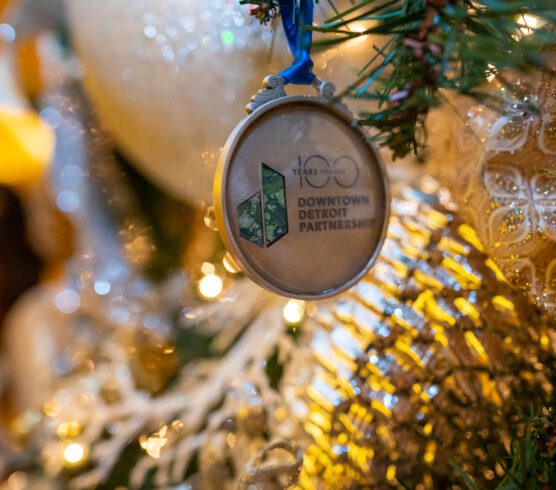 Detroit Aglow, the Downtown Detroit Partnership’s preeminent fundraising and networking event, once again kicked off the holiday season on November 21 at MGM Grand Detroit. Attracting over 550 thought leaders and change makers from the . . . 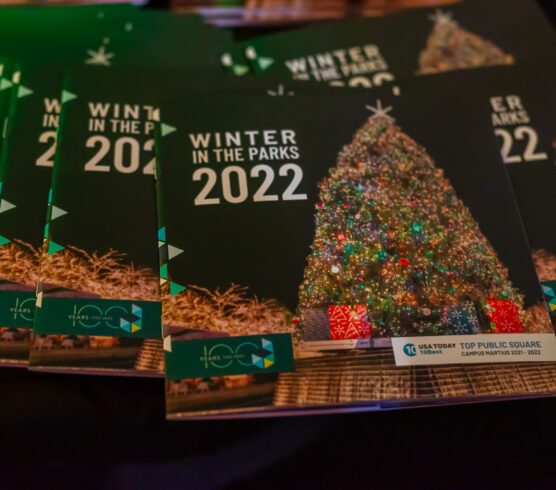 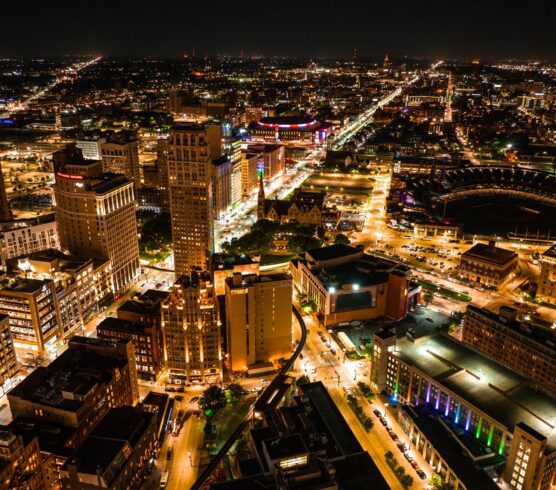